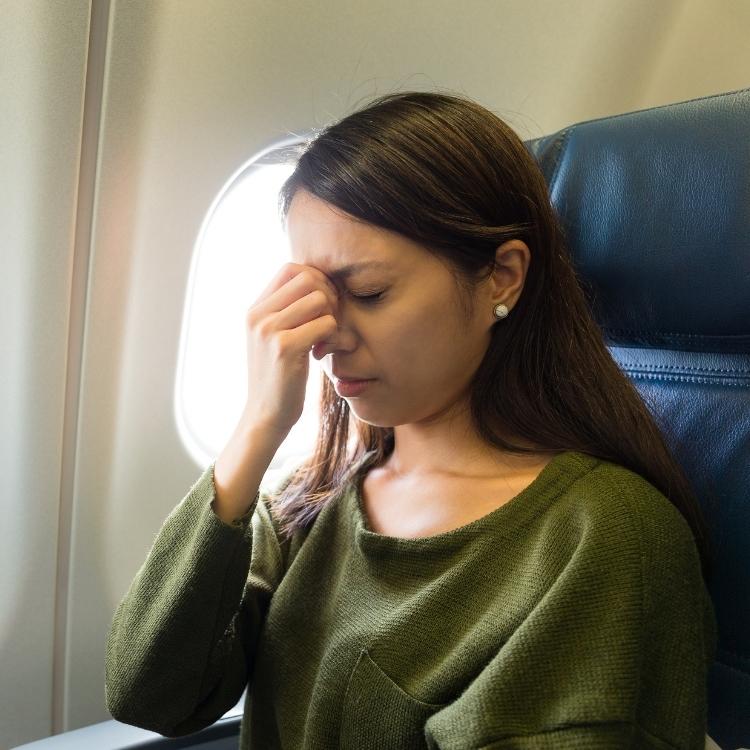 A woman, aged 46, married with one child came to me initially with general anxiety, realising that she worried about all sorts of things and previously also experienced CFS due to adrenal fatigue. It was during her first session for defusing her anxiety, that she mentioned her fear of flying.

As her demanding job required her to fly regularly to various states and sometimes overseas, she realised that she expended an enormous amount of energy on (as she put it) “her irrational fears”. She was greatly concerned with issues about her preparedness, her organisation skills and almost a panic about her ability to do the job required of her. This in turn affected her sleep and prior to a flight suffered often with insomnia, or if she did sleep it was not deep and refreshing as it should be. So arriving tired to the bone and knowing she still needed to work effectively in front of her audience.

After only one session, where it was her fear of flying that checked out to become a priority – this is confirmed by the use of Kinesiology (muscle testing for monitoring the subconscious neurological responses of the body). This then, became the focus of the session!

She was required to fly within a couple of days of this session and has since flown many more times – each time she has found she no longer experiences the anxiety or fear around flying, so it was a permanent change for her and still proves to be so. Much to her amazement she discovered that she suddenly had an abundance of energy and started not only sleeping really well but performing her work so much better than she could have imagined prior to her session.

Not everyone gets the immediate results after only one session, but I have seen similar immediate results with quite a few clients now, who had either a fear of flying OR anxiety. They often recover unbelievable energy that they previously didn’t realise they were lacking, being used to living without. Easily explained – an individual who suffers with anxiety or inexplicable fears, are so busy SUPPRESSING those anxieties and fears just to get by, they use up enormous amounts of energy in the process. Finding and diffusing the CAUSE of those fears, releases energy that the body and mind can now use more appropriately in support of life and living.

Indeed, her words to me when she came back to see me a few weeks later = “Wow, Wow and Wow! I can’t believe how amazing this has been. I have no anxiety and SO much energy it’s unbelievable! I have my life back – it’s amazing, it truly is”. She had a lot more to say, as you can imagine, as she found all her great organisation skills and therefore her preparedness was able to come to the fore again, not to mention no more lack of sleep.